skip to main | skip to sidebar

Boxabl Casita Can Save Your Elders in Distress 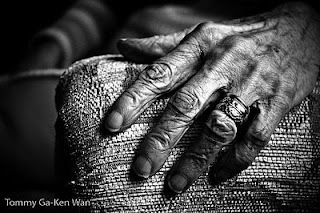 Now think about the PRICELESS elders in these nursing homes today, dying alone with no notification to their loved ones.  That's just disrespectful and elder abuse!

As I sat listening to Governor Cuomo's Saturday morning press conference, my grandparents were all I could think about.  There seems to be a vague response from the nursing homes as to how many residents have died from COVID-19.  I don't know about you, but there would be NO one stopping me from pulling my loved ones out of these Petri dishes.

The answer to avoiding this in your family is Boxabl, a 375sf tiny home that comes in a box with modern amenities for $50,000.  If you do the math, that's a hell of a lot cheaper than a nursing home. They offer a wheelchair-accessible model with a roll-in shower and widened doorways.

The website states they will be available to purchase by next year.  But if you reserve one with a $100 deposit, your name will be entered in a drawing to win a Boxabl Casita.

Posted by styleandsubstance at Sunday, April 19, 2020 No comments: 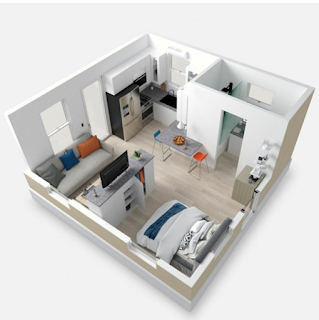 My, how the world has changed since my last post.

This quarantine has us all feeling a bit boxed in.  But in the midst of all this tragedy comes creativity.

If home is where the heart is, boxabl is the home of the future.

375 sf of living space, with the option to add another box; more plans and layouts coming soon.  Delivered right to you. And here you thought alcohol deliveries were the best thing since sliced bread...

So what exactly is it; a She Shed? Tiny home? Guesthouse? Backyard retreat? Your Airbnb investment property?

Posted by styleandsubstance at Thursday, April 16, 2020 No comments: 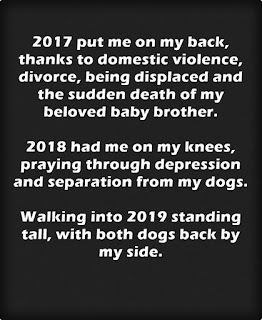 No one said it would be easy.
Posted by styleandsubstance at Monday, December 31, 2018 No comments: 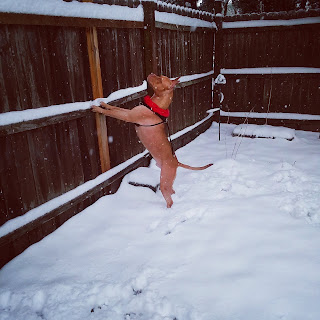 My life has gone to the dogs.  I know longer drool over the latest footwear; instead, I wipe up drool left by my beloved Chance.  And I wouldn't have it any other way.

And since my doggos are living their best lives with me in a DEE-luxe apartment in the sky, they should dress the part.  I hand knit  WOOFinity Scarves, chunky, hand-knitted scarves in merino wool or vegan yarn.

Whether you have a toy breed or XXL canine, WOOFinity Scarves add style and warmth to your pup on cold days.  Like today... 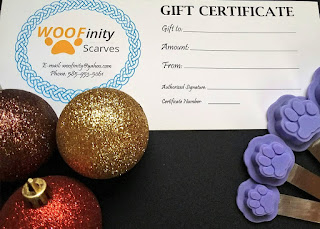 Available in $15, $20, $25, $30 and $35 increments, a gift certificate is perfect for that pet parent on your holiday list.  They can then choose the preferred color and neck size.  Click here  to purchase TODAY!

Posted by styleandsubstance at Friday, November 16, 2018 No comments:

Oh, the weather outside is a HOT MESS.

So for all the commuters, dog walkers and workers that have to endure it, here are necessary items to make the experience less traumatic: 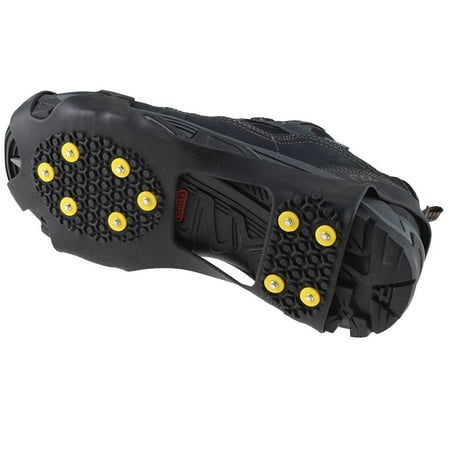 Posted by styleandsubstance at Thursday, November 15, 2018 No comments: 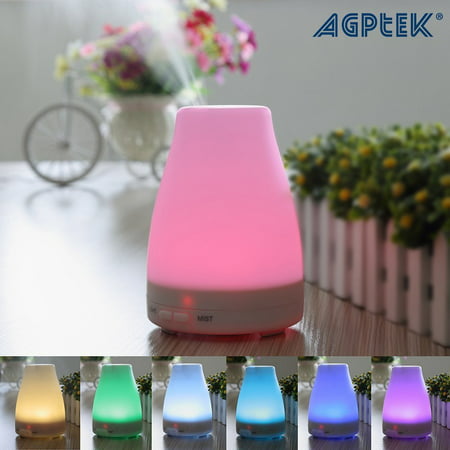 It's mind-boggling how quickly the holidays have arrived.  Aside from still holding onto what seems like yesterday's heatwaves, I find myself wondering if I will spring for a real Christmas tree, or settling for holiday accents.

Either way, we all need to start taking those deep breaths to sustain the manic lines, traffic and bad manners.  No matter how bad my day has been, I end it with the oil diffuser I was given as a birthday gift last year.  Having the choice to switch from lavender, citrus, lemongrass or eucalyptus oils is truly what I call an essential luxury.

, I can have my own little light show, to boot!
Posted by styleandsubstance at Tuesday, November 13, 2018 No comments: 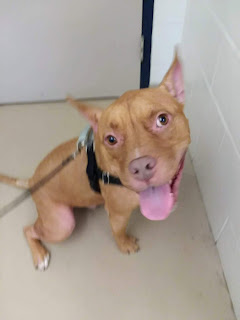 Chance has been on my heart ever since I rehomed him in April, and as of my last post, I was detaching myself from his existence.  But after a frantic call to action for someone to help, the person who agreed to rehome him for the third time GHOSTED on me.  Lollypop Farm, patient as they were with two anticipated pickup dates. told me he had to be removed Tuesday morning, or they would have to continue with their "procedure"...

So I did what any true Dog Mom would do; I SAVED HIM.  For the second time.  There was no way a dog of this quality should be euthanized because of a shelter's misinterpreted "agressive" label.  My baby boy has never met a stranger, and welcomes every person as if he's known them all of his four years of life.  It was fear of being in a strange environment, dogs barking around him as he sat behind bars.  Complete opposite of how I raised him in a loving, crate-free, run-of-the-house world. 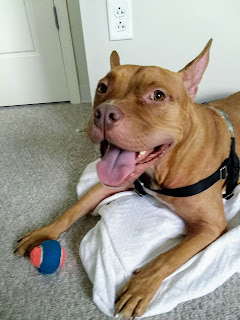 I now have my baby back with me.  Any apprehensions the neighbors had when they first saw him were dissolved the minute he ran up to them with happiness and joy.  I respect the fact that some people will never be comfortable around a pit bull, and that is only beacuse the believe the myth of them being aggressive monsters.  So I exit our highrise building via the stairs (yes, we live on the seventh floor, which basically thrust us both into a workout regimen).  But when it come to Chance, I will do whatever it takes.

I am profoundly grateful for the purpose of prayer.  This dog means more to me than most will never know.  I was drafting a manuscript about the year leading up to this reunion, but the pain of pulling that emotional scab off was too much for me while was still mourning his absence. 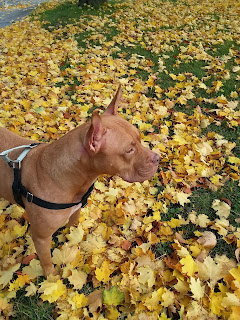 I now know what my purpose is; to spread awareness of the discriminatory actions towards pit bulls.  Whether it is insurance companies, airlines, or the general public, people will never understand the love of a pit bull until they ADOPT one.  The shelters are overflowing with throways; lactating females that have been used to produce puppies, males that have been used to fight, puppies that are given as gifts without the thought of the patience and commitment it takes to raise one.

As for my baby boy, we're reunited, and it feels so good! His return is unexpected, so if you would like to join in the virtual celebration of his homecoming, click on his Amazon WishList!


Posted by styleandsubstance at Sunday, November 11, 2018 No comments:

styleandsubstance
Sometimes life's destiny does not include you being swept off your feet. Sometimes it's just standing in the light of your completeness... wearing fabulous shoes. -Felicia Coley